Your Anger and Frustrations as a Leader and Coach Explained

Why people do the things they do.

As a leader and a coach you see and sometimes even feel anger, frustration, outrage and so on. All of which can be explained through the understanding of the neural behavior responses that we each can control and change.

Table of Contents
What is this Neural, Behavior and Response all about?
Example:
Your neural programs:
Change is possible:
Internal vs External influences:

What is this Neural, Behavior and Response all about?

T.N.P.B.R. comes to mind again. A Trigger causes Neural Processes in the brain to be activated and leads to an observable Behavior Response. It all happens in a microsecond.

When I think about how and why people do what they do and say, I go back to which came first? Yes, ”the chicken or the egg” question. Was it the Trigger that came first? In other words the external  event, situation, conversation, etc. Did something Trigger (T) you into action causing an observable Behavior Response (B.R.)? Or was it the internal voice in your head - the Neural Process (N.P.) - that came first? Was it you who initiated something that Triggered a chain of events with others?

If you changed this initial thought, would the chain of events triggered be different? If you changed how you Processed the observed Triggers would that change your Behavioral Response?

Let’s say, someone said something behind your back and you heard about it through the grapevine, so to speak. It doesn’t matter how you found out. What matters is how you responded. Yes, what did you think, feel, or do? Was your response automatic - unconscious? Or was it a well thought out response - a conscious one?

Let’s say now, that instead of letting your unconscious highly developed neural networks take control and give the unconscious programmed response that you always give to the same situation, you could control that. Suppose we could stop you in that microsecond instance and replace that program. The one you normally run. The one controlling how you feel, think, and act. It would suffice to assume that the response would be quite different. The extent of change in your response would depend on the amount of changes introduced by the new program.

That situation that triggered you before. The one that caused you to be angry and upset. If you replaced that, what would you replace it with? What behavior response would be more useful to you in that moment? Laughter? Agreeing instead of quickly disagreeing? Provide support and create an opportunity to discuss the details? What would have otherwise triggered you into rage would now trigger a controlled response.

But how is this possible - you ask? Is it possible?

Of course it is. That's the benefits of neuroscience. Today we have a much better understanding of the brain than has ever been possible. Technological advancements let us see how the brain works and the marvels that the brain is capable of.

The neural programs a criminal mind runs, to the average person, probably looks like rage - a word that describes what someone says or does. When we compare this to a different state like - Calm, we express the differences through our observed responses. Both Behavioral Responses stem from a Neural Process that was Triggered by an external event, or series of events building up to a big one.

So, if we replaced that program with one of Calm, the result would be Calm, right?

So, what would that be like in real life? For example: People have a tendency to gravitate around the watercooler and take stabs at those they have formed judgements about. Instead of being outraged by this, you learn to recognize your internal triggers and choose a different way of thinking, processing, and responding. The trick is to learn to catch yourself first - this is stage 1: self-awareness. Then to take responsibility for that is stage 2: practice a new behavior. It is your Neural Program. You control it. It’s your mind that is running this old rage response. No one else is doing it for you.

But that’s only a part of it. Running a different behavioral response won’t guarantee you get the feedback you are looking for. And the feedback you get will either reward your attempt to try something different or discourage from that and cause you to revert back to the old rage program.

See, while you may be able to control your internal voice, your ability to control the external triggers is much more difficult. Your ability to adjust and change, and to build a range of options for different situation is what differentiates human beings from the animal world. It is this ability to create a range of responses, a range of tools - physical or mental ones. Our ability to think about how we think and to correct that thinking. These are the keys to achieving and realizing your goals, visions, ambitions, and happiness - taking control of how you think so you can change how you respond and act. 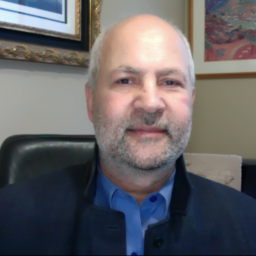 Founder and CEO, Master coach, Coach trainer, and Entrepreneur. Experience ranges from corporate and public sector to multiple start ups over a 30+ year career. Leading change and transformation of both systems and processes as well as people and behavior. A pioneer and a thought leader in building successful teams and businesses.

Are you always right? Really!

Are they ready for you? How do you know?

Stay up to date

We'll let you know when there is a new blog.

Just let us know where to send your notifications.

Please log in again. The login page will open in a new tab. After logging in you can close it and return to this page.